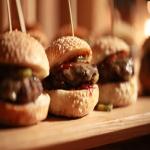 Two Manufacturers Issue Recalls Due to Misbranding Bavarian Meats in Seattle and Caryville, Tennessee-based Campos Foods recently announced separate recalls in connection with the undeclared presence of two different allergens in their products.

Bavarian Meats Recall Affects Four States The Bavarian Meats recall pertains to the company's branded lunch meat. According to a release by the United States Department of Agriculture's Food Safety and Inspection Service, the product contains soy lecithin, although its labeling does not reflect this. The affected items are thought to amount to approximately 1,400 pounds' worth of Bavarian Brand Loaf products that were produced prior to March 2 and shipped to wholesalers and retailers in Hawaii, Idaho, Oregon and Washington.

As the Mayo Clinic explained, soy allergy symptoms run the gamut from hives and swelling to abdominal pain and difficulty breathing. Anaphylaxis may occur in rare cases, which is a serious side effect that may result in death. Neither the FSIS nor Bavarian Meats have received any reports of adverse reactions due to the misbranding.

Campos Foods Launches Larger-Scale Recall After a plant manager for Campos Foods approached the FSIS with concerns about possible wheat contamination from a spice mix, a recall was issued that affected nearly 137,000 pounds of H-E-B Fully Cooked Thick N' Tasty Cheese Burgers or H-E-B Fully Cooked Thick N' Tasty Bacon Cheese Burgers produced between August 22, 2014, and January 9 of this year. The 15-pound cases were all shipped to retail locations in Texas, according to an FSIS release.

Wheat allergy symptoms are similar to those of soy allergies, the Mayo Clinic detailed, with the worst-case scenario being life-threatening anaphylaxis. No reports of adverse effects as a result of the mislabeling have been received by either the FSIS or Campos Foods.

Both incidents were classified as belonging to the Class II category, meaning "there is a remote probability of adverse health consequences from the use of the product," according to the USDA's official definition.