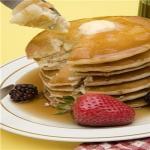 Lax Controls Over Product Labels Threaten Famous Vermont Industry Without stronger product label enforcement by the United States Food and Drug Administration, maple syrup production in Vermont is becoming less sustainable. In fact, some people, including the state's senior U.S. Senator Patrick Leahy, have gone as far as to assert that the industry will be destroyed by impostors - products with packaging that falsely claims the presence of genuine maple syrup where there's none to be found.

"Unless there is really strong action against some of these people, [the situation is] going to destroy something that's not only part of the culture of our state but is a very important industry in our state and one where some very, very hard-working people, through no fault of their own, are wiped out," asserted Leahy at a recent Senate Appropriations subcommittee hearing on the fiscal 2016 budget, as quoted by the Burlington Free Press.

FDA Aware But Constrained, Commissioner Claims FDA Commissioner Margaret Hamburg, who was also in attendance at the subcommittee hearing, said that although her agency is aware of the problem, its powers are limited. More specifically, she explained that the FDA monitors the marketplace and conducts inspections, but it is also required to rely on consumer reports of mislabeling and other impropriety.

"Certainly the issues around being able to pursue all of the misleading and false claims has been one that has been challenging for us in areas that range from food products to drugs to dietary supplements to cosmetics," she acknowledged, as quoted by the news source.

Hamburg pointed to a 2012 case in which a Rhode Island man was prosecuted for misrepresenting his products as pure Vermont maple syrup following a consumer complaint, noting that "actions like that send a message."

According to the news source, members of the public who wish to register complaints about mislabeled foods, such as products that claim to contain maple syrup but don't, should contact their region's FDA Consumer Complaint Coordinators.

Syrup Industry on the Rise - Along with Threats to its Longevity A separate article by the media outlet noted that Vermont produces approximately 40 percent of the total maple haul in the United States every spring, with the syrup accounting for about 1 percent of sweeteners consumed in North America, according to a study by the International Maple Syrup Institute.

Although maple syrup's modest share of sweetener consumption has been on the rise for the past several years, gradually eating into corn syrup's significant lead, mislabeling isn't the only problem facing the industry. The Asian longhorned beetle poses a threat to the sugar maple trees that produce the syrup, while the Amynthas agrestis earthworm is depleting the calcium-rich soils in which the trees grow. Changes in weather patterns are another concern for producers, the Free Press noted, with a plethora of variables at play including elevation, rainfall levels, slope, solar exposure, tapping history and unusually timed cold snaps.