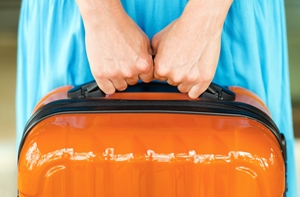 Stuck for Summer Traveling Ideas? These Statistics May Help!

Nearly half (45 percent) of Americans take a summer vacation, according to a TripAdvisor study conducted in partnership with Equation Research, Harris Interactive and Money Crashers, and detailed by Statistic Brain. This translates to approximately 657 million long-distance summer trips being taken between Memorial Day at the end of May and Labor Day at the beginning of September. So, what summer traveling ideas do people have, where do they ultimately decide to go, how do they get there and - perhaps most importantly - what do they do when they arrive?

The top three destinations listed as part of TripAdvisor's Summer Vacation Value Report were all domestic (Las Vegas, Myrtle Beach in South Carolina and Orlando, Florida), followed by Mexico's Cancun and Punta Cana in the Dominican Republic. More far-flung destinations appeared further down the list, including Paris at No. 6, London at No. 8 and Rome at No. 10. As The New York Times' travel correspondent Stephanie Rosenbloom noted, Mexico is the most popular international summer vacation destination for residents of the United States - particularly individuals located in California and other border states, according to Euromonitor. Canada is also frequently visited by American travelers for similar proximity-related reasons.

In terms of modes of transportation, TripAdvisor found that personal vehicles were by far the most popular choice at 91 percent, as cited by Statistic Brain. Air travel accounted for 7 percent of trips, while the remaining 2 percent were made by bus or train. Shopping emerged as the most popular summer vacation activity, with more than half (54 percent) of survey participants indulging in retail therapy while on holiday. Checking out historical sites and enjoying swimming and other water sports were tied as the second most popular activities, at 49 percent each, followed by visiting parks and taking sightseeing tours (both 46 percent).

Before travelers can head off on their summer adventures, they need to clear the preliminary hurdle of vacation packing, an undertaking that many individuals dread. Should they pack outfits for every conceivable occasion and risk being fined for overweight luggage at the airport (or, if they're driving, face the struggle of fitting their bags into the trunk or back seat)? Conversely, would they be better off leaving the cocktail dress at home and crossing their fingers that no opportunities come up to attend black-tie events?

Whether vacationers choose to travel light or decide to pack everything but the kitchen sink, they'll likely find custom labels and stickers extremely helpful. After all, it's safe to say that no matter where they go or what they do when they get there, nobody wants to haul the wrong black suitcase off the carousel at the airport or spend 20 minutes rummaging through the vast assortment of various family members' luggage before finally locating the bag they need.

Prepare for Any Eventuality with Waterproof Labels

Sometimes, bottles of water, perfume, lotion or the like open inside bags, resulting in the substances seeping through to ruin labels on the outside. Regulations set by the Transportation Security Administration require liquids, creams, gels, pastes and similar products to be placed in plastic bags, and it's not a bad idea to follow this protocol even if you're traveling to your destination by a means of transportation other than flying. To make sure you're prepared if something bursts, drips or leaks, use waterproof labels from Lightning Labels. That way, even if disaster strikes, you'll still be able to discern your bag from the rest.