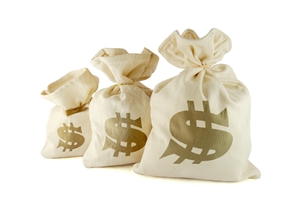 Consumers Willing to Pay More for Products Build to Last

Whether selling homemade goods or hand-crafted items as a side job or running a multinational retail company, online businesses must pay attention product labeling and packaging. It isn't just the type or color of the materials used that can influence buying decisions; the wording printed on the item can make or break a sale.

When it comes to spending money, consumers want to know that they are getting what they pay for. Some have the preconceived notion that "you get what you pay for." They assume that if the product is expensive, it must be of higher quality. And sometimes this is the case, though not always.

But, in an effort to attract customers and increase sales, perhaps the most effective way to justify a big price tag is to include on the packaging exactly how long the buyer can expect the item to last.

The European Economic Social Committee conducted a new study, "The Influence of Lifespan Labelling on Consumers," that revealed products with labels indicating they are long-lasting can lead to a significant growth in sales. Consumers want to purchase items that will stand the test of time. In fact, the longer an item lasts, the study said, the more a shopper will be willing to pay for it.

"The display of lifetime information of products has a significant influence on consumers' purchasing intentions," researcher and Sircome CEO Mathieu Jahnich stated. "Certain labels are more effective than others. The best match would be full information about the absolute lifetime and an easily understandable, probably visual, illustration of it on a label."

According to the EESC, the study findings showed that people who earn less money are more vulnerable to planned obsolescence, which refers to the policy of manufacturers purposely building a product in a way that has a limited lifespan, so the user will have to purchase another.

An example of this was highlighted last year when a class action lawsuit was filed against Apple Inc. for alleged planned obsolesce. In the complaint, the plaintiffs argued that the tech giant intentionally slowed the performance of iPhone 4S devices when they were upgraded to iOS 9, accusing it of false advertising (for claiming that downloading the latest software would actually lead to improved efficiency, security and convenience) and deceptive trade practices. Apple's intention, the suit indicated, was to get more customers to purchase the latest version of the iPhone.

The EESC said that the majority of participants agreed that producers are primarily responsible for how long a product will last and that manufacturers should use more transparent labeling on products that clearly and honestly state the "guaranteed minimum lifespan." By doing this, it suggested, businesses will be able to improve the public's confidence levels and help transition toward better sustainability.

The issue of clearer labeling practices has been a hot topic in the United States, getting especially attention in recent months. Many consumers are demanding food and product manufacturers be more transparent on packages and labels so that shoppers are more informed and can make better purchasing decisions.A decision in Congress to enforce a uniform national policy requiring companies to disclose the use of GMOs on food labels is currently pending}.