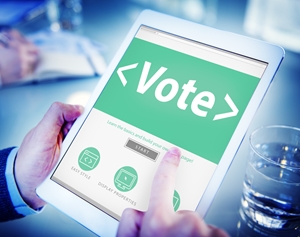 The past few months have shown just how competitive the political landscape has become, with individuals on the federal level beginning their campaigns more than 18 months ahead of the November 2016 elections. State and municipal politicians are likely readying their campaigns to kick off the new year, and one of the more difficult challenges involved is differentiating one candidate from another given the sheer volume of those electioneering.

However, custom campaign stickers can help to put a more unique spin on your image and voice, pointing voters who were otherwise on the fence in your direction. Similar to corporate brand marketing, politicians need to focus on their messages and stature to be successful in campaigns, and political stickers are a somewhat traditional method of doing so. Customization and personalization of these items can be invaluable in the highly competitive political landscape of the modern era.

If you are campaigning on the left, you will want to build out your marketing programs to not only reflect your placement in the Democratic Party, but also separate yourself so as to garner a bigger following. This would be virtually impossible with cut-and-paste, standardized campaign content, but is very achievable when custom Democratic stickers are involved.

With this approach, design and content can clearly indicate that you are a Democratic candidate with the colors used and verbiage, but you will also be able to convey your unique visions of the political position in the future. At the end of the day, the best-designed stickers will land on the most bumpers, so putting a strong effort into the conception of these marketing tools is well worth the trouble.

Similarly to Democratic candidates, Republicans must ensure that they are riding the positive tide created by their party on the national level, but still make it clear that they are fighting for local voters' interests. Custom Republican stickers are a great way to do so, especially when the design has been well-thought out by marketing teams and campaign strategists.

Because the election season is heating up, you would be wise to begin work on these projects as soon as possible. Working with a reliable service provider such as Lightning Labels will ensure that the stickers are printed and distributed in time for the campaign launch.