This entry was posted on February 15, 2015 by Lightning Labels . 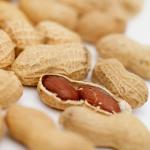 Chicken and Beef Products Recalled Following Label Snafu Food manufacturer Sentry Food Solutions recently implemented a recall affecting several of its chicken and beef products. The announcement was made following the discovery that a known allergen was not listed on the items' labels, which constituted a contravention of the labeling laws set by the United States Department of Agriculture.

According to a press release from the Department of Agriculture's Food Safety and Inspection Service, the Tucker, Georgia-based company first became aware of the misbranding as a result of a notification from its spice supplier. According to the supplier, the cumin used to make four Sentry Food Solutions products - Sabor Latino Pepper Steak, Sabor Latino Beef and Potato Stew, Sabor Latino Chicken Fricassee and Sabor Latino Beef Picadillo - may have been contaminated by peanut allergens.

Class I Designation Underscores Seriousness of Mislabeling The issue affected more than 14,000 pounds of products produced between Nov. 20, 2014, and Jan. 7 of this year, which can be distinguished by the establishment number "P-19031" or "Est. 19031" located inside the USDA mark of inspection on the labels.

No adverse reactions have been reported to FSIS or Sentry Food Solutions, but the recall was categorized with a Class I designation, meaning there is "a reasonable probability that the use of or exposure to a violative product will cause serious adverse health consequences or death," as defined by the U.S. Food and Drug Administration. As the Mayo Clinic detailed, allergic reactions to peanuts can run the gamut from relatively mild symptoms such as hives and itchiness to the considerably more serious anaphylaxis, which may manifest itself in life-threatening ways including difficulty breathing, a severe drop in blood pressure and loss of consciousness.