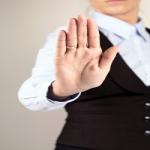 Bud Light Taps Into Bottle Labels to Strengthen Brand Message After debuting its new "Up for Whatever" slogan in a pricey Super Bowl ad spot last year, Bud Light introduced a new twist in 2015 by putting more than 140 different phrases on its bottles, all related to the central "Up for Whatever" message.

"These 'Up for Whatever' messages on Bud Light bottles are going to play a key role in practically everything we do in 2015," said Alexander Lambrecht, vice president of branding for Bud Light, as quoted by Ad Age back in December. "With the launch of these bottles, we're just getting started."

Single Phrase Plunges Bud Light Into Product Label Controversy When Lambrecht spoke about "just getting started," it's doubtful the trajectory he envisioned for the brand included becoming embroiled in a hot-button national issue. However, that's exactly what happened toward the end of April - and now, even a congresswoman is involved.

The controversy centers on one of the 140 phrases printed on Bud Light's bottle labels, which declares the drink to be "The perfect beer for removing 'no' from your vocabulary for the night." As The Wall Street Journal reported, the backlash against the label originated in a discussion on social networking and news site Reddit, but quickly spread as more people heard about - and were outraged by - the message and its negative connotations.

In addition to tweeting that "No means no," New York Congresswoman Nita Lowey expanded upon her ire in an email statement quoted by The New York Times.

"This grossly shortsighted marketing tactic shows an epic lack of understanding of the dangers associated with excessive alcohol consumption, such as sexual assault and drunk driving," Lowey wrote.

Weighing Up the Logistics of a Recall Lambrecht acknowledged that the wording "missed the mark" and stated that the slogan has been withdrawn from the campaign and will not be printed on bottles in the future. However, as the WSJ pointed out, recalling bottles already on the market that sport the offending phrase could be difficult because each 12-pack of Bud Light contains bottles with a selection of different slogans - and, given the fact that there are more than 140 labels in circulation, the majority of 12-packs won't include a bottle with the label.

Benj Steinman of trade publication Beer Marketer's Insights told the Times that the existence of so many labels would make it difficult to execute a recall of just one, but not getting the offending bottles off the market poses its own set of difficulties.

"Bottles with the label in circulation could be picked up by consumers at stores, restaurants or bars," pointed out the WSJ's Tripp Mickle. "Those consumers could then post on Facebook or Twitter about the phrase, continuing a conversation that's already been damaging to the Bud Light brand."

Moreover, allowing the bottle labels to stay on the market could be interpreted as a lack of care on Bud Light's part, which is the last thing the brand needs following this PR disaster.