This entry was posted on September 20, 2013 by Lightning Labels . 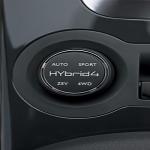 The California State Legislature recently passed a bill that expands off of previous legislation granting hybrid-car drivers the ability to drive in the carpool lane by placing a special car sticker on their vehicle. Green customized stickers for plug-in hybrids and white stickers for electric cars - both of which allow cars to travel in the carpool lane no matter how many passengers they're carrying - were set to expire in 2016, but the new bill extends them until 2019.

"California has always been leading the way when it comes to lowering our carbon footprint," Assemblyman Richard Bloom said. "These standards entice Californians to utilize the most environmentally friendly vehicles."

Opponents Worry Custom Stickers for Green Vehicles Will Worsen Traffic While many support initiatives to incentivize green lifestyle choices, some opponents to the renewed legislation believed custom stickers that allow hybrids and electric cars to travel in carpool lanes may worsen congestion.