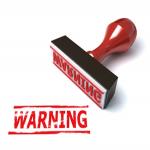 Tightening Up Toxicity Warning Standards for Stickers and Labels Often, issues pertaining to the content of product labels involve companies presenting their products in a falsely positive light. For example, businesses may fail to include important information such as the presence of allergens or inaccurately represent their products by making unsubstantiated claims - for instance, asserting that the items offer health benefits that haven't been proven. Recently, however, a California assemblyman set out to address a situation that has resulted in some companies unnecessarily branding their products as toxic - in other words, casting their wares in a negative light when they shouldn't actually have to.

As reported by the Sacramento Business Journal, Assemblyman Bill Quirk recently submitted legislation that would provide enterprises with a new means of testing products in order to potentially exempt them from the requirements laid out by Proposition 65, which mandates that they include toxic chemical warnings on stickers and labels. Quirk, a Democrat who represents the Golden State's 20th district, noted that if products contain levels of known hazardous chemicals that fall short of California's toxicity threshold, firms do not have to incorporate warnings about the poisonous nature of these ingredients on the items' packaging.

Proposal Ignites Controversy Under Assembly Bill 543, companies would have the option to pay for scientific analysis of their products in order to determine whether the toxicity of their wares meets the threshold. The controversial proposal has attracted support and dissent from a number of organizations. The California Chamber of Commerce and the California Retailers Association back the bill, along with more than 80 other Chambers of Commerce and Trade Associations, according to Consumer Product Matters. The media outlet itself, a publication of law firm Mintz Levin that covers product safety and consumer-related regulation and litigation, described Quirk's proposal as "a sane tweak" to the mandates of Proposition 65, which have been in effect for nearly three decades.

Meanwhile, some other entities - including the Center for Environmental Health - have gone on record to state that they oppose the law.

According to Michael Green, executive director of the CEH, the legislation would give companies the green light to hire private experts to conduct tests without public review. If these individuals' findings are challenged down the road, litigation will abound. Moreover, Green pointed out that a process for scientific analysis is already in place that involves the state's "safe use" determinations.

Ensuring Clarity in Labeling Aside from misrepresentation, another significant problem associated with product labeling is vague or unclear terminology that can lead to consumer confusion. In a bid to address this issue, the state is working on drafting new rules and regulations with the goal of making chemical warnings "more meaningful to the public," the news source reported. The updated requirements would highlight common, dangerous chemicals - lead and mercury among them - by including specific warnings associated with the substances.