This entry was posted on November 26, 2018 by Lightning Labels . 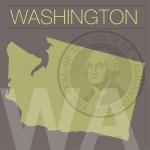 Washington's position as one of the first states to legalize cannabis products for recreational as well as medical use has turned it into an influential test bed for new concepts in growing, distributing and labeling these substances. Innovations and legal developments ongoing in Washington now may appear in other states over the coming years, or act as inspiration for similar changes.

"Recent questions about edible products and pesticides are localized expressions of national issues."

The latest moves around cannabis packaging rules in Washington foreshadow the interactions that may soon be playing out in other states and territories that have legalized recreational cannabis. Recent questions about edible products and pesticides are localized expressions of national issues.

According to the Seattle Times, a plan announced in early October that would have completely reassessed the edibles market was paused a week later. The initial announcement, designed to ensure that companies were not producing items that children might inadvertently ingest, encouraged cannabis producers to halt all their manufacturing of edibles in the meantime. That caused pushback in the industry, and the ruling was suspended while the state regulatory body asked for input from industry sources.

The sparring between regulatory bodies and manufacturers is based on differing interpretations of how items such as candy and brownies can be packaged and marketed. There are already rules in place to keep cannabis businesses from creating packages that appeal to kids. The Seattle Times noted that the Washington State Liquor and Cannabis Board initiated its action after receiving complaints about items that look like widely available pot-free candy, which would violate Washington cannabis labeling rules.

It remains to be seen what the next step will be for companies and regulators. While edible production can go ahead, it should go without saying that businesses must stay within the bounds of current Washington cannabis label rules, not creating any marketing materials that could cause regulators to take tough action.

One of the ongoing quirks of marijuana labeling law comes from the conflict between local and federal rules. While cannabis remains a restricted substance at the federal level, it can be hard to get standardized rulings on issues such as pesticide use or disclosure. As Entrepreneur pointed out, state regulatory bodies including the Washington State Liquor and Cannabis Board have raised concerns about pesticide usage, but are hampered in their efforts to promote safe standards by incompatible federal laws.

Entrepreneur added that in the absence of a way to certify and label items at the national level, Washington has taken the initiative on an organic-style certification process due to debut in 2019. The state is one of three to be on such a path, with Colorado and California also discussing such an action. Those states have already tightened the growing standards applied to producers within their borders. With the federal government's hands tied, the Washington Departure of Agriculture is acting on its own.

The eventual impact of the organic-style approval process - and the packaging demands that will come along - is still unknown. producers should stay agile and be aware that their present approaches to growing, Washington cannabis packaging rules may change once again in the near future.

When companies enter the adult-use cannabis market in Washington - or any other approved state - there will be unique regulations to adhere to, ones that may change significantly over the months and years ahead. Businesses must be ready to cope with these unpredictable moves by working with top-quality labeling partners.

Lightning Labels uses all-digital production processes, which adds agility. There is no need to create expensive plates to print labels, which means your business can order in a quantity that suits your needs instead of being forced into buying huge amounts of labels. When regulations change, you won't have massive stockpiles of unusable labels stored up.