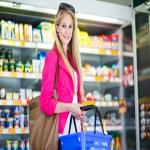 Connecticut's state Senate recently passed legislation requiring genetically modified ingredients to clearly be part of specifically designated labels on food products. Food Safety News reports Connecticut is the second state to have part of its legislature to vote in favor of GMO labeling. The first state was Vermont; the state's House recently passed the measure, but the state Senate will not vote on the bill until next year.

However, the legislation was drafted to not take effect until at least an additional three states passed similar GMO labeling bills, according to Food Safety News. There may be more issues with the complete passing of the Connecticut bill - it is now in the hands of state House Speaker Brendan Sharkey, who is not convinced the legislation will benefit the state.

Food Product Labels Contemplated in Connecticut  According to The Associated Press, there is another law regarding food product labels currently in discussion in Connecticut, which would require five other states to also adopt GMO classifications. The measure would ensure the label "produced with genetic engineering" to be clearly seen on the packaging.