This entry was posted on September 14, 2013 by Lightning Labels . 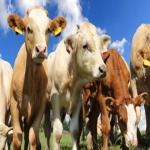 This week, U.S. District Judge Ketanji Jackson threw out the injunction, which was led by U.S. meat packers, as well as Canadian and Mexican meat sellers.

New Rule Requires Food Label Printers to Include Birthplace and Slaughter Location Under the terms of the USDA's newly proposed rules, food product label printers would have to include where the animal was born and raised, as well as where it was slaughtered.

According to Politico, meat packers stated the regulations would force them to commingle animals from different ranchers, costing them millions in new raising techniques and product methods.

Meanwhile, Jackson stated that because so many consumers in the U.S. look to buy American products, the labels would serve as a marketing boost for domestic companies.