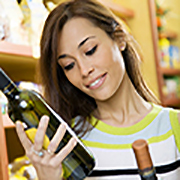 Consumers want transparency in their alcohol consumption, and we’re not talking about see-through bottles.

Responding to growing demands to know the nutritional content of both food and beverage, the world’s largest distiller, Diageo, will begin showing nutritional information on Guinness stout, Smirnoff vodka and Tanqueray gin packaging, according to a Bloomberg News article published on washingtonpost.com in March.

That trend is likely to grow, putting beer, wine and hard liquor makers large and small on notice to ready themselves for packaging and labeling changes that will include nutritional content. Those that move quickly may capture a competitive edge, while companies lagging behind could start to see consumer support lag as well.

Niche brands such as beer microbrewers can use smaller scale to their advantage. Notes a March 2015 fortune.com article, “…it will likely take some time before labels will feature such information as it is a costly endeavor for such big brands to change the labels on their packaging.” In contrast, once they receive TTB label and packaging approval, small brands can print digital labels and packaging in as few as 1-2 days and be ready to roll out very quickly.

Branding and relabeling changes, however, may not all be about adopting the new standard. Until or unless regulatory authorities mandate such nutritional disclosures, some liquor producers may opt for the “counter-culture” approach with messaging and graphics proclaiming adherence to the basics (e.g., “our smoothness and taste speak for themselves-that’s all you need to know”).

While this sorts itself out, London-based Diageo, active in 180 countries, already has received US approval for product labels from the Alcohol and Tobacco Tax and Trade Bureau (TTB), which regulates alcohol. The Bloomberg article notes, “‘Consumers are increasingly discerning about what’s in their glass,’ the distiller’s chief executive, Ivan Menezes, said in an e-mailed statement. ‘We are committed to ensuring our consumers have the best possible information from which to make informed choices.’”

At this point, the TTB is making inclusion of nutritional information voluntary except for some existing narrowly defined requirements--unlike the Food and Drug Administration, which mandated nutritional listings decades ago.

No matter how liquor makers view it, change is afoot and companies need to be responsive and agile in every area from creative brainstorming and desirable messaging to new label and packaging printing. Many companies may experiment to see where the right messaging lies. For example, baby boomers on up will tend to be less motivated by nutritional disclosures, perhaps following the “ignorance is bliss” philosophy, while millennials generally will prefer more transparency and clarity.

Obviously, Diageo is betting that the latter mindset will prevail. The Fortune article notes, “Diageo, the world’s largest liquor company, has led the charge to change misconceptions about what exactly can be found in alcoholic beverages…it will begin adding nutritional information — including protein, fats, calories, and carbohydrates — to labels in the U.S., Diageo…has fought for such approval for more than a decade.”

No doubt, much of the rationale for Diageo’s strong support lies in health issues. According to a March vox.com report, “‘Many adults take in a tremendous amount of calories from alcohol, and they have no idea,’ says Sara Bleich, a public-health researcher at Johns Hopkins. She has found that the average American who drinks regularly takes in 400 calories daily from alcohol — not a huge surprise, given that average beer or glass of wine has about 150 calories.”

The Vox article adds, “[Bleich] and colleagues have previously found that the particular information on nutrition labels can have a dramatic impact when it comes to consumption of soda and other sugary drinks. Though she hasn't yet looked at the potential impact of labeling alcohol specifically, she imagines the effect would be similar.

Regardless of how and when all this plays out, there’s no doubt that liquor labeling and packaging change is on its way. This well may be a dramatic case of early adopters gaining major competitive advantage in the marketplace.