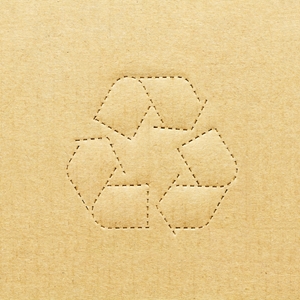 For years, businesses have been looking for ways to portray themselves as being environmentally responsible. Many food companies have started using buzzwords such as "organic" and "all-natural" on product labels while others have chosen to use "green" packaging for goods. A lot of the changes have been made by manufacturers of prepackaged items. But now, it seems fast food brands are hopping on the eco-friendly bandwagon as well.

This week, As You Sow announced that a handful of fast-food chains, including Chipotle, Dunkin' Brands and YUM! Brands, have decided to make a commitment to increase their efforts for recycling and composting the packaging of their food and beverage products. In response to this declarative action, the environmental advocacy and advisory group will be withdrawing its shareholder proposals previously filed at the businesses.

"We are pleased to see positive momentum at large fast food brands," As You Sow Senior Vice President Conrad MacKerron said in the statement. "As packaging is recycled in greater volumes, its market value as a reusable raw material is more likely to increase."

The biggest initiative came from Chipotle, which announced that, by 2020, it plans to achieve 50 percent in waste diversion for its food and packaging. According to the press release, this move is similar to the one made two years ago by McDonalds. The plan is to have half of its restaurants' waste that is accumulated from food and packaging be rerouted through recycling and composting, rather than sent to landfills. In addition, Chipotle claims that approximately half, or about 875, of its restaurants currently have recycling alternatives on the customer-facing side and the majority, or 80 percent, of locations use cardboard packaging in the back-of-house operations.

The press release also revealed that Dunkin' will be offering a report that details the potential for implementing a recycling policy for the packaging of its products. One area of the brand that has been of particular concern is its foam coffee cups. Two years ago, the company said the beverage holders would be replaced soon with a more environmentally friendly alternative. However, it failed to implement a new cup by the end of last year, as it originally said it would be aiming for. The source also added that the fast food giant wants to switch the foam products with ones made of the recyclable material polypropylene. It will not be able to do this, though, until it finds a suitable lid.

These attempts at adopting more sustainable solutions for packaging are understandable, if not entirely necessary. The growing issue of recycling in the United States, or lack thereof, was recently elaborated on by Rosemary Holmes in an article for the Lompoc Record.

The rate of recycling among Americans, Holmes reported, is only 34.5 percent. And for plastic packaging, it is even less, at 14 percent.

For fast food companies, this is a problem. Holmes explained that "Major product brands are wasting about $11.4 billion a year in potential savings by failing to incorporate recycling into their packaging choices."

The source went on to explain that it is an issue that organizations today will hand out packaged items, yet have no place on location to dispose of the empty containers to ensure that they are recycled.

As consumers become more environmentally aware and responsible, they are likely going to continue to expect the same from the businesses they purchase food and other products from. In an effort to stand apart from competitors and appeal to the eco-friendly market, it would be wise for companies to make the move toward more sustainable practices, in both the creation and disposal of products.