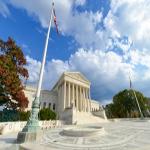 Controversy Surrounds Labeling Laws In what has become one of the more spoken about topics on Capitol Hill in the past year, the Safe and Accurate Food Labeling Act has continued to fan the flames among opponents. At the same time, though, big names in Hollywood and beyond are beginning to advocate for the standards that were passed not so long ago - although it is not yet clear which side is the right one for individuals who are fighting for the people.

Perhaps because of how novel of an idea this legislation has been, given the fact that the U.S. Food and Drug Administration has long kept to itself when it comes to labeling, the law itself is being questioned by those who are still very much supportive of the general concepts. However, like many other pieces of legislation to pass through the U.S. government, controversy abounds thanks to the finer points within the statutes that appear to be somewhat questionable.

Don't Tread on Labels The Statesman Journal recently took an interesting approach to analyzing the government's Safe and Accurate Food Labeling Act, stating that it might do more harm than good in the grand scheme. Finding an individual who would argue that this law is completely unnecessary in its very essence would be somewhat difficult, as it has become abundantly clear that consumers and advocacy groups want more thorough and accurate information about the food and beverages they ingest.

However, the news provider argued that this particular framework of standards is not necessary fair, and that many of the statutes released and followed by state officials across the nation will be hindered as a result. This is certainly one of those conversations that bring big government in Washington's challenges and potential issues to light, but is a bit more divisive in certain ways.

According to the source, the law will likely hurt smaller farmers - even those who have kept away from genetically modified ingredients for years, as they will need to put up the money necessary to get the accreditation through the new channels. Perhaps even worse, the Statesman Journal noted that larger agricultural operations with more money will likely have an easier time gaining the accreditation, even if they do in fact use GMOs in their supply chains.

Considering the fact that this law was primarily focused upon ensuring labels are accurate, specifically in terms of the use of GMOs, this issue is an important one to say the least.

Celebrities React People Magazine recently reported that the often outspoken Gwyneth Paltrow, along with several other individuals from Hollywood, have started to speak out against the Safe and Accurate Food Labeling Act in Washington. According to the news provider, Paltrow's constituency calls itself Just Label It, and believes the current legislation makes it highly unlikely that consumers will be able to clearly understand what is being incorporated into the food they purchase.

The group has gone so far as to re-name the act the "Deny Americans the Right to Know Act," the source explained, and affirmed that it needs to be changed soon to allow individuals to understand when GMOs are present and when they are not.

"I'm not here as an expert," Paltrow told officials in Washington, according to People Magazine. "I'm here as a mother, an American mother, who honestly believes that I have the right to know what's in the food I feed my family. I'm not an intensely political person."

This law is likely to be even more widely discussed in the next few weeks, as August is Food Safety Month.