This entry was posted on November 04, 2013 by Lightning Labels . 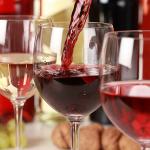 By mislabeling cheap wine as a luxury product, the merchants were allegedly able to make roughly 2 million euros, or $2.7 million.

French police launched an investigation after the vintners behind Romanee-Contee - a 12-bottle case of which was once auctioned for $297,000 - reported knock-offs of their product were being produced and sold.

The fraudsters behind the wine scam reportedly created fake wine labels and then treated them with wax to make them look older and identical to real Romanee-Contee bottles.

Counterfeits with False Wine Bottle Labels Potentially Still Selling France has requested the Italian men accused of selling the products with fake wine bottle labels be extradited. A French prosecutor told BBC other suspects are being sought after.

The two merchants who have been identified are accused of selling 400 fake bottles, and French police believe many more phony wines are still on the market.