The Gluten-Free Movement and What it Means for Food Producers

The Gluten-Free Movement and What it Means for Food Producers 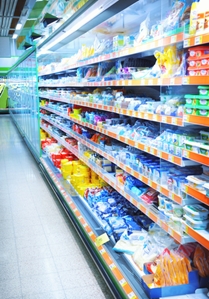 Not too long ago, it would have been difficult to find food product labels marked "gluten-free" in the grocery store. However, a stroll through the aisles of your local grocery store and it has become increasingly apparent that more food manufacturers are feeling the need to differentiate their products.

This trend is not just limited to the United States, either. An article from the Telegraph noted how everything from cereal bars to biscuits seem to feature gluten-free labels, while restaurants are even modifying their menus to carry gluten-free alternatives of popular menu items.

Although some gluten-free producers initially came out with these goods because of the autoimmune disorder, Celiac Disease, not everyone buying these items are those who suffer from the condition. In fact, many people are switching to gluten-free diets just because they think it is a healthier way to live, with celebrities such as Gwyneth Paltrow publicly putting their children on a no-gluten diet.

The evidence is not simply anecdotal either. One 2013 study from the NPD Group suggested that approximately one-third of adults in the United States want to be free of - or at least significantly cut back on - gluten intake. In fact, more than 200 million restaurant visits include a gluten-free order.

"Today, increasingly more of us want to avoid gluten in our diet and right now it is nearly 30 percent of the adult population… and it's growing," added Harry Balzer, chief industry analyst at NPD. "This is the health issue of the day."

Gluten-Free Labeling as a Money Maker

With so much interest brewing in these products, manufacturers may be able to generate more sales with gluten-free labeling. By labeling their products as such, brands may be better able to capture the interest of potential customers.

Of course, new rules from the Food and Drug Administration have set a clear definition of "gluten-free," so food manufacturers must be careful when labeling their products as such. Failure to comply may lead to other issues down the line.

If companies do produce goods that qualify under the gluten-free definition, however, they should work with a printing company to get custom food labels that promote that aspect of their products.