'GMO-Free' Product Labels on the Horizon

'GMO-Free' Product Labels on the Horizon 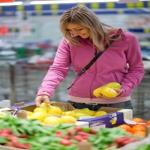 GMO Labels: A Source of Ongoing Controversy Concerns about genetically modified foods have run rampant over the past few years. Some researchers have raised alarm about risks to human health that range from allergies and digestive issues to birth defects and cancer. Meanwhile, environmentalists have voiced their own worries about the staying power of crops and weeds modified to be resistant to regular herbicides. However, other studies claim that GMOs are safe, including those conducted on behalf of the World Health Organization and the American Medical Association.

The Government Steps In While consumer groups continue to push for this legislation, the United States Department of Agriculture has announced the creation of GMO-free certification and product labeling. As The Associated Press reported, companies would have to pay for the voluntary "USDA Process Verified" label to assure consumers their products are GMO-free.

Earlier this year, Kansas Republican Representative Mike Pompeo introduced a bill that laid out a similar idea based on voluntary certification. The AP reported that the food industry, which has historically been opposed to GMO-free labeling due to the insinuation that GMOs are dangerous, supported the non-mandatory approach.

The Bottom Line But what about the conflicting claims from researchers, environmentalists and food industry representatives regarding the safety of genetically modified foods and products that contain GMOs? As far as the U.S. Food and Drug Administration is concerned, the GMOs currently on the market are safe, but consumer advocates argue that regardless of whether this is actually the case, people still deserve to know whether the items they buy have been genetically modified.

Currently, food producers use a private GMO-free label from the nonprofit Non-GMO Project, but this move into GMO labeling territory is the government's first. According to the organization's website, its "Non-GMO Project Verified" seal is the only independent verification of its kind in North America, and rigorous ongoing testing of ingredients is required in order for the standard to be maintained.