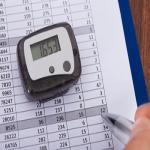 Calories May Be Overstated on Some Food Labels, Experts Assert Nutrition information labels are go-to sources for people on restricted diets, individuals who are trying to lose or gain weight, shoppers looking to eat healthy and consumers who are simply interested in knowing more about the food they eat. However, some experts, notably nutrition scientist David Baer of the Department of Agriculture, believe the calorie-counting system most commonly used to determine the information included on product labels may be inaccurate, The New York Times reported.

Specifically, as the Times detailed, the energy provided to the body by the protein and fiber in food may be significantly overstated on labels, with numbers up to 25 percent higher than they should be. According to the news source, the method of measuring calories involves burning food in a calorimeter to gauge the amount of energy it contains. However, this approach does not account for the fact that some foods - such as meat and nuts - are harder to digest than others, meaning the body must use a higher amount of energy to break them down.

A New Approach Geoffrey Livesey, head of British nutrition consulting company Independent Nutrition Logic and a nutrition consultant to the United Nations, has come up with a way to calculate the amount of energy contained within a food that the body can use, as well as the overall calories available. However, there is some dispute about how to go about adopting the new system - and, indeed, whether implementing it would even be a wise course of action in the first place.

"The old system is in place in most developed countries, and it would be a massive administrative and political undertaking to coordinate changes," explained Rachel Carmody, a postdoctoral researcher at the University of California San Francisco, as quoted by the news source.

Considering the Consequences Carmody also noted that a change in labeling might "cause a crisis of confidence" for shoppers that rely on labels to provide important information about what they're buying and eating.

Additionally, lowering calorie counts may encourage consumers to eat more, noted Karen Lapsley of the California Almond Board. According to research published in the Journal of the American Medical Association last year, more than two-thirds of adults in the United States are overweight or obese. Given this statistic, the last thing Americans should be doing is upping their food consumption in response to labeling changes.