This entry was posted on December 19, 2013 by Lightning Labels . 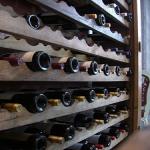 Rudy Kurniawan allegedly used a laser printer, sealing wax, stamps, old bottles and corks to create fraudulent custom wine labels in his home. If charged with illegal wine label printing, he could face up to 20 years in prison. Witnesses of the trial include wine experts from France and William Koch, a billionaire industrialist who states he was conned into paying $30,000 for what he thought to be a 1947 Chateau Petrus from Bordeaux.

Kurniawan Responsible for 75 Percent of Forged Printed Labels for Wine Discovered by Detective Kurniawan allegedly sold legitimate vintages alongside his own printed labels so that he could pass off the fake bottles as spoiled or aberrant. In the courtroom, wine detective Michael Egan demonstrated a watermark on a wine label made by Concord, a printer manufactured in Indonesia beginning in 1983, according to The New York Post.

The newspaper stated Egan has tracked down 1,433 fake vintages of wine over the past seven years. Three-quarters, or 1,077, of the counterfeit beverages were created by Kurniawan. Wine experts say Kurniawan's alleged forgery could have affected prices worldwide, reported the Los Angeles Times. From 2002 to 2007, when Kurniawan sold his wares most frequently, the value of fine wine increased from $90 million to more than $300 million.