This entry was posted on February 14, 2016 by Lightning Labels . 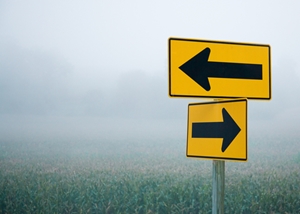 GMO Labeling Controversy May Be Missing the Point Over the past year, the United States food industry has been faced with ongoing controversy pertaining to the mandatory labeling of products with genetically modified ingredients, or GMOs. There are two major stances on the issue. On one side there are the advocates who are demanding the Food and Drug Administration update its federal guidelines to require food companies and manufacturers to disclose any and all use of GMOs. On the opposing end is a group comprising mostly food makers and farmers that insists such labels should be voluntary.

The supporters argue that companies should be transparent in their labeling practices because consumers deserve to know what exactly it is they're consuming. Those against mandatory packing regulations believe the labels can be misleading and turn people away because they falsely assume a product containing GMOs is dangerous or a hazard to their health.

And it seems this debate is coming to a head.

The Star Tribune reported that there are a handful of companies in Minnesota supporting national coalition against the mandatory labeling of GMOs. As of July 1, 2016, Vermont will be the first U.S. state to require food corporations disclose the use of GMO foods in on-packaging labels, fueling the urgency felt by those against the law to take preventive action.

American Crystal Sugar, General Mills, Hormel, Southern Minnesota Beet Sugar Cooperative and Land O'Lakes are some of the companies joining the coalition. The source also revealed that, according to a 2015 report published by the U.S. Department of Agriculture, the use of GMOs has become widely adopted. Between 1997 and 2015, soybeans sourced from GMO seeds jumped from 17 percent to 94 percent and the amount of corn that has been grown from GMO seeds increased from less than 10 percent to 92 percent.

The Star Tribune said that national coalition released an ad campaign intended to highlight the negative repercussions the group feels mandatory labeling would initiate, including hurting the business of farmers and contributing to malnourishment rates. The source also added that those against the enforcement of GMO labels "do not just want Congress to pass uniform labeling legislation that supplants all state laws with a national standard. It wants that national standard to virtually eliminate mandatory on-package GMO labels like those Vermont would require."

Importance of Consumer Input There have been many reports that have said approximately 90 percent of consumers are in favor of mandatory labeling. However, some people weighing in on the matter think that "the government versus the companies" model isn't an effective approach at all. And a new scientific study may fortify that argument.

According to The Cornell Chronicle, research conducted at the university found that "consumers are more supportive of labeling decisions when they believe the company considered the public's input in the process." This is not the first time researchers have examined the influence perception of fairness has on decision-making, sometimes referred to as procedural justice. However, the source noted, it is the first time researchers at Cornell have applied the concept to the GMO labeling controversy.

One of the most surprising results of the experiment, which consisted of analyzing the reactions of participants on various labeling decisions, was that people responded drastically better when those surveyed felt like the company involved them in the decision making process and considered their answers. Not only did they have a more positive response, but they also thought it was more credible when they thought their input was heard. This, the source reported, was the case regardless of whether the decision was in favor or against mandatory labeling of GMOs.

"People care about a process, even when they don't get the decision that they want," Katherine McComas, one of the study's authors, said to the Chronicle. "Having a fairer process can lead to a more acceptable or perceived legitimate outcome, and can improve discourse even around polarized decisions."

McComas also added that transparency is important because it can facilitate trust and loyalty.

However, despite subjects having more favorable reactions to decisions that they felt they contributed to making, the research showed that the decisions that resulted in labeling were preferable to the alternatives.

While there are parts of this experiment that coincide with the argument that the majority of consumers are in favor of mandatory GMO labels on food products, some could argue that there are other elements of the study that indicate people don't care so much about what the outcome is, so long as they are involved in decision-making process. Regardless of whether or not an organization is for or against Congress creating a national uniform standard for GMO labeling, understanding consumers' perception of transparency and the influence it has on their decisions can be useful in appealing to target audiences.