This entry was posted on February 26, 2013 by Lightning Labels . 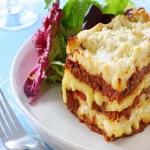 Irish manufacturer B&F Meats was shut down after it was discovered that the producers were selling meat with fraudulent custom food labels. The firm exported products under a label written in Czech that translated as "beef" but really contained horse meat, BBC News Europe reported. This particular case of horse meat being passed off as beef is just the latest in a recent scandal that has rocked most of Europe. The crisis had started in the United Kingdom, where popular supermarkets were found to have stocked beef products that were actually made from horses.

Germany and France Up In Arms over Misleading Food Product Labels
After the​ horse meat scandal that swept through Europe last month, France and Germany are now petitioning for stricter food product labels on their meat products, IOL News reported. The two countries are demanding that products containing meat include labeling that states the origin of where the meat is coming from. The German farm minister, Isle Aigner, said the two countries expect to see origin labeling across all 27 countries in the European Union as soon as possible.

The European Union Health Commissioner, Tonio Borg, said the EU Commission is working to speed up the new labeling regulations that would require meat producers to state the country of origin, added the source. However, Borg said the EU Commission board is facing resistance from some countries that do not want the origin to be printed on labels.