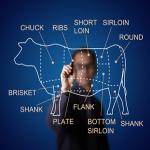 Due to the country-of-origin labeling requirement recently coming into effect, meat groups have entered into a lawsuit against the U.S. Department of Agriculture about the new food product labels. According to The Associated Press, industry groups filed a lawsuit against the USDA claiming the country-of-origin condition is not necessary to public health.

While the USDA said the labeling requirement, known as COOL, is beneficial to consumers, the American Meat Institute, a trade group for the meat industry, said the new provision will cause adverse effects for farmers, packers and processors. Bloomberg reported that with imported livestock being an integral aspect of the U.S. meat market, the regulations will cause increased losses for the international industry.

Country-of-Origin Labels on Food Products May Be Too Costly  The Associated Press reported one reason meat groups see the new labels on food products as unlawful is due to the increased costs needed to implement the measure.

Yet food industry groups and consumer advocates remain segregated about the issue. In the lawsuit, opponents of the requirement stated meat is the same no matter where the animal was born. Ami Gahia, senior policy counsel for a New York-based consumer group, said the inclusion of the product's country-of-origin will help consumers make an informed decision about their own health.