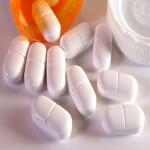 Recall Ordered Following Discovery of Undeclared Active Ingredients Mucinex is thousands of people's go-to medicine when they need to alleviate coughing and congestion. However, a recent product label mix-up means some of the bottles may end up being more harmful than the afflictions their contents are intended to cure.

Reckitt Benckiser Group, the manufacturer that makes Mucinex, recently ordered a recall of approximately 1.5 million bottles after a mislabeling issue came to light involving the information about drug interactions, side effects and active ingredients listed on their labels. Particularly worrying, according to Bloomberg, is the fact that the error involved acetaminophen, which should not be mixed with alcohol or taken by people with liver problems. As listed on Mucinex's recall webpage, the other ingredients involved in the mislabeling were dextromethorphan, guaifenesin, phenylephrine and diphenhydramine. According to the page, at least four different types of liquid-form Mucinex were affected by the error: Mucinex Fast-MAX Night Time Cold & Flu, Mucinex Fast-MAX Cold & Sinus, Mucinex Fast-MAX Severe Congestion & Cough and Mucinex Fast-MAX Cold, Flu & Sore Throat. The page also specified that the recall is being conducted with the knowledge of the United States Food and Drug Administration.

An Abundance of Caution Despite the high number of bottles involved in the recall, the company believes only approximately 1 percent are labeled with the incorrect information. The remaining 99 percent are being taken off the market due to an abundance of caution, Bloomberg reported.

"Even though there appears to be a very small number of affected units, we have instigated a full voluntary recall of all potentially impacted products," Reckitt spokeswoman Lynn Kenney told Bloomberg in an email quoted by the news source.

Precedent Exists for Acetaminophen Labeling Problems As FiercePharma Manufacturing noted, Reckitt isn't the first manufacturer to run into labeling issues that pertained to acetaminophen. In July of last year, GlaxoSmithKline recalled four lots of its Panadol Advance product in Puerto Rico due to insufficient child-resistant packaging measures that introduced the risk of "unintentional ingestion and overdose," according to a press release by the company.

Further afield, Johnson & Johnson's South Korean unit, Janssen Korea, withdrew 1.7 million bottles of Children's Tylenol from the market in May 2013 after routine testing revealed higher levels of acetaminophen than were listed on product labels. Citing a Janssen Korea statement, The Wall Street Journal explained that the higher concentrations were the result of bottles being hand-filled due to mechanical failure.