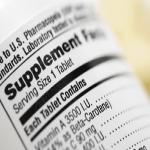 FDA Releases New Labeling Guidelines for Food Products ​After years of growing frustration and increased scrutiny, the United States Food and Drug Administration has finally released its official update of the 'Nutrition Facts' label that will be used on packaged food products.

The announcement was made by First Lady Michelle Obama, who said that she believes the "new and improved" label will "make a real difference in providing families across the country the information they need to make healthy choices."

This is the first time the agency has made any major changes to the Nutrition Facts label in over two decades. In the press release, FDA Commissioner Robert Califf, M.D. explained that the organization made adjustments that it felt would make it more of a reliable and "valuable resource" for people to use in order to understand what exactly is in the foods they purchase and consume and, ideally, will help combat rates of obesity and heart disease in the country.

Changes Made to Nutrition Facts Label Include:

According to the announcement, updates to the label also include the removal of some information. For example, because researchers have found that the kind of fat a person consumes is more relevant than the amount, the agency will no longer use "Calories from Fat" - though it will keep the amount of total, saturated and trans fat the product contains. The FDA also plans to enforce the declaration of how many grams, as well as the percent daily value, of potassium and Vitamin D are included, because not enough people are getting sufficient amounts of these nutrients, increasing their susceptibility to certain diseases.

On the other hand, because Vitamin A and Vitamin C deficiencies aren't common, whether or not sellers include these nutrients while creating their food labels is up to them.

Outlook and Impact of Updated Labeling Requirements In the press release, the FDA explained that food companies that generate at least $10 million in yearly revenue will be expected to adhere to the new label requirements by July 26, 2018. Manufacturers that don't, however, will be granted an entire extra year to adjust. The updates will be applied to all packaged food product labels, with the exception of some poultry, meat and processed egg items. The reason for this is because these foods are governed by the U.S. Department of Agriculture's Food Safety and Inspection Service, not the FDA.

How will these changes affect food makers? Many of them will make little to no difference on businesses. However, the issue gaining the most attention and controversy is the "added sugars" requirement.

As Jesse Hirsch pointed out in an article for GOOD, this is the first time a distinction is being made between the kind of sugar that naturally occurs in foods such as fruits, and the kind that is added by the manufacturers - usually as a way to make it taste better without having to spend more money. And many companies are extremely unhappy about having to display how much of the recommended daily value the amount of added sugar represents. For example, the source explained that a 20-ounce bottle of soda can equate to 130 percent of the daily allowance.

Among those who are being especially vocal about their disagreement with the new labeling laws are sugar lobbyist groups. Hirsch reported that, in an issued statement last week, The Sugar Association expressed disappointment about the decision and said, "The extraordinary contradictions and irregularities, as well as the lack of scientific justification in this rulemaking process are unprecedented for the FDA."

A nutrition professor told Hirsch that, although the updating labeling requirements signal an obvious step toward improvement and progression, they may not be getting to the core of the issue. He suggested that the information listed on Nutrition Facts panel of packaged products is really only something people pay attention to if they are actively looking for it. Therefore, they won't lead to much change among less health-conscious of affluent demographics, which are where the most health improvement is needed.