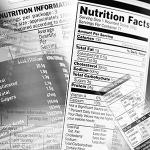 Choosing your words carefully is essential when designing product labels, as when customers feel deceived by a package, they don't just stop buying - they sue. There are reputation and financial effects to claims that don't match consumers' perceptions, and letting these matters go to court can prove time-consuming and costly.

Complying with all relevant labeling laws and restrictions is a starting point for companies, rather than the maximum diligence brands should show. Using phrases that have not been legally ruled on in the past, but are taken as deceptive by customers, could lead to your organization becoming cited as a future precedent, spending a lot of money on settlements before the dust settles.

The following are three recent examples of incidents when product labeling promises ended up leading to court cases. Each is at a different stage of litigation, but they all serve as illustrative examples of the kinds of things consumers take issue with. From the place an item is from to the nature of its ingredients or even whether it has health benefits or not, these issues run the gamut.

A recent judgment has cost supermarket chain Costco, to the tune of $775,000. The money may pale in comparison to the heavy lifting the brand now has to do to change its packaging, however. According to Law 360, the issue centered on the word "healthy" with regard to coconut oil. Buyers of the product took issue with the fact that the drink incorporated a heavy dose of saturated fat. Now, to settle the case, Costco has agreed to strike the word "health" and "health benefits."

In fact, no matter how the suit was resolved, the words would have likely been gone for good. The labeling change was executed during the course of the case, the source noted. In a note that may be relevant to other companies facing legal product label challenges, Costco moved for dismissal in mid-2016 on the grounds that the plaintiffs didn't prove their health had actually been damaged by the saturated fat, but that wasn't enough to sway the judge.

A separate Law 360 report noted that Canada Dry will have to fight a court battle over its claim that real ginger is present in its soda. The brand asked the judge to call the case off on grounds that it is not precise enough. The judge, however, ruled that the suit will proceed, at least on the core issue of whether a "real ginger" label is deceptive.

The attorney for Canada Dry suggested that since the brand doesn't make claims about pharmaceutical health benefits, it's not the kind of matter that should be litigated in a fraud proceeding. The judge threw out the allegation that there is fraud occurring but allowed the plaintiffs to rephrase and submit it again. The plaintiffs claim that they would have paid less - or not bought the soda at all - if they knew there was just "natural flavoring" from ginger roots, rather than ginger being directly involved in the creation of the drink.

Where Is This Beer From?

The issue of regional origin is a major packaging element. According to a Washington Legal Foundation post for Forbes, it has become the latest battleground for attorneys who want to "earn an easy buck" off of brands. The case promoting this assessment involves Kona, a beer brand associated with Hawaii. The current suit alleges that since the brand's products sold in the U.S. mainland are not brewed on the islands of Hawaii, the packaging is deceptive, even though the company is based in Hawaii and does have a brewery there.

The same kind of theory is behind a suit that alleges Japanese brand Sapporo is being deceptive with the Japan-centric promotional copy on its products sold and brewed elsewhere. The news provider noted that there has been pushback against this kind of suit - but not enough to stop it yet.

Are Your Product Labels Ready?

Once your brand has decided on product label copy that won't end up challenged in court, it's time to print those labels and make them look as visually impressive as possible. This is where Lightning Labels can help. With all-digital processes in place, you'll get your new-look labels in a hurry.