This entry was posted on February 10, 2015 by Lightning Labels . 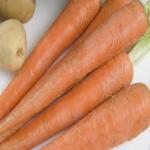 GMO Labels Would Let Consumers Make Their Own Decisions We recently reported on a push by a group of Arizona lawmakers to require the inclusion of some foods' genetically modified statuses on their labels. State Representative Juan Mendez, the primary author of House Bill 2462, maintained that consumers have the right to know whether the products they buy have undergone genetic engineering, but what do the nation's shoppers think?

As The Associated Press recently reported, two-thirds of Americans who participated in a poll conducted by the news source in partnership with research consultancy The GfK Group agreed with Mendez - no matter if they're opposed to eating genetically engineered food or not, they believe labels should include information about whether products contain genetically modified organisms or were grown from seeds created in labs. Just 7 percent of survey respondents were against the idea of amending labels, while one-quarter reported feeling neutral.

To Label or Not to Label The news source explained that currently, the United States Food and Drug Administration does require genetically modified foods to be labeled as such. While the agency maintains that these products are safe, consumer advocates have countered that GMOs are still in their infancy, and it's too early for any harmful long-term effects of ingesting genetically modified items to become apparent. Given this state of affairs, these parties are arguing in favor of the movement to mandate informational labeling.

The agricultural industry is opposing efforts to enact state legislation with a federal, Republican bill that would override laws like the one proposed in Arizona. However, the AP/GfK poll indicated that there is plenty of public support for mandatory labeling on both sides of the aisle - nearly two-thirds (64 percent) of Republicans said they backed the idea of GMO labeling, compared to 71 percent of Democrats.

SMBs Can Get Ahead With Custom Labels The fact that there's so much sturm und drang associated with genetic modification and whether consumers have a right to know about it presents an opportunity for the owners of small and medium-sized businesses in the food industry. There are two approaches they can take:

The national debate over GMO labeling is set to continue for quite some time, so SMBs should take this chance to get ahead of the game.