This entry was posted on August 31, 2015 by Lightning Labels. 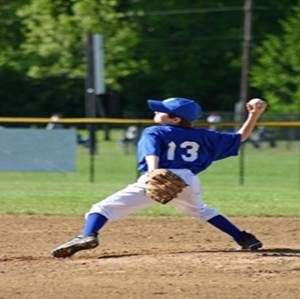 Unlike the Major League Baseball World Series, which only includes teams from North America (the American League and the National League), the Little League World Series actually includes teams from countries across the globe - Japan, Uganda and Venezuela among them. Of course, given that baseball is considered to be America's pastime, there's no shortage of U.S. teams involved in the competition either. This year, the eight American teams participating hail from California, Kentucky, Missouri, Oregon, Pennsylvania, Rhode Island, South Carolina and Texas. Use Sports Stickers to Show Support The Little League World Series, which is being held in Williamsport, Pennsylvania, and runs through the end of the month, pits the best of tomorrow's big-leaguers against each other. Parents and local communities may not be able to play the games for the kids - however much they want to - but they can show their support with a wide range of sports stickers and labels. Everything from window decals to custom labels are available through Lightning Labels, and supporters eager to declare their allegiance sooner rather than later need not worry, as Lightning Labels can turn around product orders in as short a time as 48 to 72 hours following proof approval. Why Buy Sports Labels from Lightning Labels? There are a lot of options out there for people interested in buying sports labels, but Lightning Labels understands that a great label needs to be eye-catching, vivid and durable - not only on the day recipients first receive it, but every one after that. This aspect is especially important when families, friends and other members of Little Leaguers' communities are rallying around the kids from their hometown teams as they face stiff competition in Pennsylvania.