This entry was posted on February 21, 2013 by Lightning Labels. 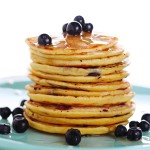 Vermont is debating whether or not to drop their traditional state food labels for maple syrup. Officials in the state are considering whether to keep their own labels, or conform to an international standardized labeling system. Vermont is the No. 1 syrup producer in the United States but the current labeling system makes it hard to compete with national and global competitors, according to a report by The Associated Press. Producers also fear Vermont's unique standards for labeling syrup are confusing for consumers.

New Syrup Labels Could Help Producers Market More Effectively Some Vermont producers are reluctant to change their syrup labels, Mike Bennett of the Upper Hudson Maple Producers Association Board from Glen Falls told The Saratogian. Vermont producers believe their top quality syrup, labeled "fancy," is what makes their brand stand out against other competitors. However, uniform labels would make it easier for brands to market their product to consumers in other states and countries, Bennett added.

The syrup label debate has been going on for about eight years now, Bennett told Saratogian. The syrup initiative to standardize labels started in Canada and has worked its way down to Vermont. The AP report said the labeling change, if implemented, would take a few years to fully enact.