This entry was posted on January 10, 2019 by Lightning Labels. 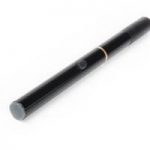 The Food and Drug Administration released a new set of e-cig regulations in late 2018. The new rulings are designed to prevent underage consumers from using items that include nicotine. The FDA is especially keen to prevent young people from switching from e-cigarettes to traditional cigarettes, due to the well documented health risks of the latter products.

The latest regulations will likely have a serious impact on your company, no matter which part of the industry you operate in. Makers, distributors and sellers of e-cigarettes and related products have received a new set of rules to operate under.

The late 2018 rulings by the FDA brought e-cigarettes and similar items into the same category as cigarettes, cigars and more. The FDA explained it has regulated more traditional tobacco products since 2009. Rather than creating a new set of laws regarding vaping, the FDA gave itself wider responsibility.

The agency explained its stance on regulating e-cigarettes by suggesting vaping can be encouraged as an alternative to traditional smoking, but the FDA also does not want e-cigarettes to bring young people into nicotine addiction, thus making them more likely to begin smoking cigarettes. The vaping regulations were accompanied by assurances that regulations can change based on scientific breakthroughs and data.

According to Forbes contributor Tara Haelle, there is now a solid line between specialty retailers and more general food shops and convenience stores. Brands can only sell mint, menthol and tobacco-flavored e-liquid through convenience and grocery stores, alongside unflavored offerings. More creatively flavored e-liquid is still legal, but can only be sold in specialized vape shops that don't allow entry to underage customers.

Furthermore, the future of online e-liquid retail is up in the air. The FDA insists upon age-verification tools to ensure kids aren't stocking up on vaping products on the internet. The exact technological requirements for these retail sites aren't yet finalized, however.

Community health sciences professor Michael Siegel told Haelle the moves made by the FDA may indeed help keep teens from ending up trying cigarettes, but that there is an odd oversight implicit in the vape regulations: While the stated goal is to prevent eventual cigarette use, cigarettes are still legal to sell in convenience stores and supermarkets, while numerous vape flavors are not.

The FDA's keen interest in vaping products, as seen in its choice to add them to the list of covered tobacco items, shows the need for compliant and accurate e-liquid labels. While new product categories such as e-cigarettes can seem like a retail wild west, prone to disruption and lacking hard-and-fast rules, vaping supplies are a topic of interest at the federal level. Your company should ensure its labeling strategy is in line with FDA vape regulations.

Working with a third-party labeling partner is one way to quickly and effectively address your compliance needs. Lightning Labels has been active in the vaping space for years, as the industry has expanded and branding has become an essential brand differentiator. Combining strict legal compliance with the latest in bold graphic design can give your products the visual appeal they need to compete in the e-cigarette space.