This entry was posted on February 26, 2013 by Lightning Labels. 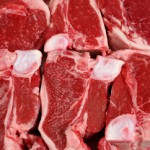 WTO Deadline For Custom Food Labels Not Far Away

The World Trade Association (WTO) compliance deadline for custom food labels in regard to the United States' Country of origin labeling (COOL) Act is fast approaching. The WTO had previously refused to acknowledge the COOL law, saying that is was illegal and unfair. However, the United States believes the WTO did not have the authority to strike down the American Law. In an effort to achieve compliance before the deadline, the U.S. Department of Agriculture (USDA) amended COOL regulations and sent them back to the White House Office of Management and Budget (OMB) for approval.

Both Canada and Mexico rallied against the COOL labels, arguing the legislation disparately affected their animal product exports and prices. The WTO agreed with the countries, providing the basis for its rejection of U.S. COOL laws.

Country Has Alternative Solution for COOL Food Label Printing The COOL food label printing law was passed back in 2002 as part of the Farm Security and Rural Investment Act. The reason behind COOL was to help consumers understand where their food was coming from.

In addition to the USDA regulatory retooling, the international trade specialists at Stewart and Stewart law firm recently released a 11-page legal analysis that identifies ways the country could bring COOL into WTO compliance while still keeping the substance of the legislation intact. It also made recommendations for future label templates - such as "[this is a] Product of an animal born in [country x] and raised and slaughtered in the United States.