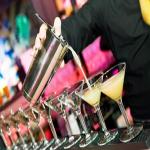 Nutritional, Serving Size Information Coming to Alcoholic Beverage Labels Have you ever heard of Diageo? While the name of the company itself may not ring any bells, there's a fairly good chance that some of Diageo's products will sound more familiar: Johnnie Walker Scotch whiskey, Smirnoff vodka and Guinness beer, to name but a few. In fact, United Kingdom-based Diageo is the world's biggest alcoholic beverage company - and it has been lobbying for more than a decade to add important nutritional and serving size facts to its product labels, a campaign that has finally proven fruitful.

As CNN Money explained, the strict nutrition labeling requirements mandated by the United States Food and Drug Administration don't apply to alcoholic beverages because alcohol isn't regulated by the FDA. Until recently, the U.S. Treasury's Alcohol and Tobacco Tax and Trade Bureau did not allow Diageo and similar companies to include information on labels such as alcohol content, the number of servings per container, serving size and how many calories and grams of carbohydrates, fat and protein make up a serving. Now, however, Diageo has the go-ahead to add these details to its bottles.

"The consumer is at the heart of everything we do, and making serving facts information available to people in an easy to understand format is what, according to our research and polling, today's consumers want," said Peter McDonough, president of marketing and innovation for Diageo North America, in a statement. "As a company that prides itself in promoting responsible consumption, we believe this information will help consumers make informed and responsible decisions about drinking."

Starting with Smirnoff According to The Wall Street Journal, Smirnoff is expected to be the first Diageo product sold in the U.S. to undergo a label update, which makes sense given that the vodka is Diageo's most popular brand in North America.

Diageo will be the first company in its industry to voluntarily disclose its products' nutritional breakdowns and serving sizes, a step that its CEO, Ivan Menezes, believes is in line with consumer desires.

"Currently, there is no obligation to provide such information in markets worldwide, but we know that consumers are increasingly discerning about what's in their glass," Menezes acknowledged in a statement. "We are committed to ensuring our consumers have the best possible information from which to make informed choices."

Bloomberg Intelligence analyst Kenneth Shea described Diageo's move to increase transparency as "a smart one that is out in front of the trend for packaged food and beverage products to disclose more about what is inside the product," as quoted by Bloomberg.

Enacting Global Change The packaging revamp of beverages sold in the U.S. is just part of Diageo's effort to overhaul its product labeling. The company, which operates in more than 180 countries across the globe, is working with the European Union to establish a standard alcohol unit that will be used across the E.U.'s 28 member states. Currently, The Wall Street Journal explained, the E.U. does not require alcoholic drink labels to contain nutritional information.

"This is a hugely positive step … [that will be] major improvement on the confusing current system, where there are different measurements of alcohol units across the E.U.," said Ian Duncan, a member of the European Parliament's environment, public health and food safety committee, in a statement quoted by Bloomberg.

With Diageo at the head of the transparent labeling charge, other leading alcoholic beverage companies will likely follow suit.