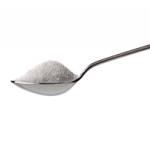 With implementation of the Affordable Care Act of 2010, Americans will begin to see label stickers for nutritional values appear on the menus of restaurants they dine in. Now, it seems as if our neighbors to the north are contemplating the same requirement.

Recently, several Canadian media outlets have reported public health officials in the country have called on lawmakers to adopt proposals that would mandate sodium and other nutritional aspects of food be listed on menu labels.

"Toronto residents are eating out more, but studies show diners underestimate the calories and sodium in their restaurant meals," McKeown said. "Menu labelling will help people make more informed and healthier choices when they order their meals."

The Toronto Star said the Centre for Science in the Public Interest had voiced its support for a bill currently being considered by Canadian lawmakers that would mandate sodium labeling on menus.