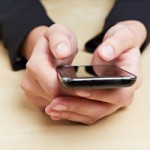 Local governments have started instituting hazard warning labels on products that have been linked to having harmful side effects. San Francisco city leaders recently revoked an ordinance requiring cellphones to have safety warnings. According to Reuters, it would have been the first city in the United States to have instituted radiation warning labels on cellphones.

The Issue of Custom Warning Stickers for Cellphones The news source reports that San Francisco surrendered in court to the cellphone industry over placing custom warning stickers on the industry's products. City leaders had tried to establish a measure that would require cellphones to have a radiation warning level. The city board of supervisors said it rejected the lawsuit against the telecommunications industry as manufacturers believed the right-to-know ordinance violated their free speech rights.

Companies in similar lawsuits over harmful products, such as cigarettes, have also tried to use freedom of speech as the reason for not putting warning labels on items, but many have not been successful.

Ellen Marks, an advocate for the measure, said outside the board's chambers that consumers need to be warned about the dangerous levels of radiation from cellphones.

"This is just a terrible blow to public health," Marks said.