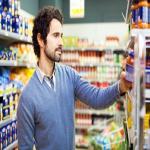 Checking in on the GMO Food Labeling Question

When it comes to food product labels displaying new nutrition information, genetically modified organisms are the latest battleground. If you've been following the news over the past few months, you've likely noticed that the question of whether there is a need to identify such ingredients on packaging has intensified, fought by legislators, consumers and trade groups at both state and federal levels. Now, it's time to take stock of the situation, especially if your own products fall into this category.

Rather than risk fines or legal suits for mislabeled products, it's best to get ahead of the curve, react effectively to each newly applied law and refresh your food labels when necessary. Fortunately, the last part of that process is easy - having a new set of custom food labels printed has become a quicker and more efficient process in the age of all-digital printers.

The Wall Street Journal recently captured the corporate reaction to the current GMO labeling standards. Many organizations today insist that their customers want these ingredients to be noted with specialized labels, and therefore they are taking this approach. This is beyond what is federally mandated, and it's worth stepping back to remember what the current status of law is regarding GMO alerts.

The source explained that the nationwide GMO law signed by President Obama in July only requires companies to create a way for consumers to reach the business and access GMO data. Labels may contain a web address or hotline number, rather than a list of ingredients that have been genetically modified. Organizations have two to three years to commit to changing their labels to meet the requirement. That nationwide regulation comes as an answer to and replacement for a Vermont statute which was causing consternation, due to the fact that for companies that wanted to sell in Vermont in addition to other places, it essentially was a global labeling law.

The older, state-level law was more strict, asking for full labeling of GMOs. So, are companies happy that they now just have to place a link on their labels? Maybe not. The Wall Street Journal contained quotes from several corporate higher-ups noting that what the public wants is clear and accurate GMO notation, so that's what they'll provide. Campbell Soup is voluntarily placing such information on its goods, and has voiced support of a nationwide regulation. Panera Bread has publicly stated that it doesn't want to take a stance for GMO labeling that others will have to follow - but it is highlighting any such ingredients in its own food.

That response, however, doesn't contain the full spectrum of corporate opinions collected by the news source. Wal-Mart Vice President of Food Safety Frank Yiannas believes that any labeling debate is premature, and the focus should be on determining for certain whether there are any ill effects of eating GMO-containing food. He, in contrast to the other corporate executives, puts GMO disclosure further down shoppers' lists of priorities, and stated that buyers are more interested in the prices and relative quality of the foods they buy.

While there may not be universal agreement on whether it's a good idea to print limited GMO information on food packaging, at least the law is standardized across the country. Packaging Digest contributor George Misko pointed out that before the national rule went into effect, more states were stepping up with their own labeling laws.

Vermont, as mentioned above, actually passed its version. Laws were accepted provisionally in Maine and Connecticut and rejected in California, Illinois and New York, with the potential for more states to get involved. That's over now, as Misko specified that provisions within the federal version of the regulation make it clear that states can't introduce their own competing laws.

The battle over GMO disclosure may not be over, of course, as those in favor of both less and more information are still out there. The author noted that the legal struggle and series of challenges has spanned more than two decades. Now that the national version of a labeling standard is in place, you can relax somewhat, especially regarding possible patchwork rules that affect states where you do business. As for whether the rules established will change, it's impossible to say for sure, and it pays to keep monitoring the rules and stay compliant.

GMO disclosure isn't the only rule relating to food labeling practices set to change over the next few years, but it's as good a reason as any to step back and observe your food product labeling strategy. High-quality, custom food labels in compliance with all current laws could transform your offerings in multiple ways, keeping your brand ahead of the curve from a legal perspective and giving you a chance to either add a new visual identity or sharpen your products' classic look. Changes in labeling law can be an opportunity for reinvention your products with customized food labels rather than an imposition.