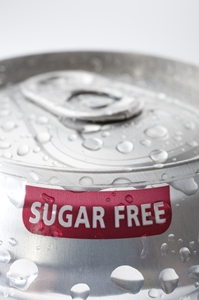 Amidst the growing controversy of fair food and product labeling practices, policymakers are getting another push to update regulations and guidelines, only this time it's not from confused consumers or advocacy groups; it's from scientists, doctors and dentists.

The hot topic in question pertains to the negative impact sugar-sweetened drinks can have on health and whether or not such products should have a warning label. Bodies of nutritional science research have found a strong correlation between sugar intake and diseases such as type-2 diabetes and obesity.

Not too long ago, San Francisco became the first city in the nation to enforce the inclusion of warning labels on advertisements for sugary beverages. And while legislation is still pending for bills proposed by New York and California to have warning labels on products, if passed, they would be similar to those seen on cigarettes and other tobacco products. But how much, if any, difference would these disclosures make? Opinions vary.

Perceptions of Health Labels Influence Purchases A recent study published in Pediatrics explored this topic by surveying over 2,000 parents to determine whether particular labels had a strong influence over what beverages they chose for their children. Participants were given different images of drink options and varying nutrition-related information. Some saw warning labels similar to what the proposed bills say the wording should be: "Drinking beverages with added sugar(s) contributes to obesity, diabetes and tooth decay." Another portion of parents were shown a version that displayed the calorie count on the front of package. The rest were presented with drinks with no health-related information included. The findings showed that beverages were chosen significantly less when they had a sugar warning label on them.

"We are trying to make a link between the high sugar content and the calories and the actual downstream outcomes [of sugary drinks]," David Hammond, head researcher of the study, told CNN. "You can say that something has 18 or 24 grams of sugar, but most people have no clue what a gram is."

Hammond also added that it was a good sign that the study also indicated parents are in favor of the health warning labels, with 73 percent saying it should be a requirement enforced by the government.

Sara Folta, an assistant professor at Tufts University, believes one of the issues is that parents may buy juice or sports beverages, assuming they are healthier than soda, when they actually aren't, CNN revealed. Folta also added that the enforcement of health warning labels could have an adverse effect if young people find them more appealing due to their warning. In addition, Hammond noted that as people get used to seeing these labels, they could become less effective. To avoid desensitization, the researcher suggested changing the graphics and appearance of the labels over the years so they continue to grab people's attention.

Science Backs Warning Labels on Sugary Drinks The Center for Science in the Public Interest is also on board with the health warning label. The organization recently pointed out that there are 26 researchers and scientists in favor of the proposed policy and that it complies with the recommendations set forth by the Dietary Guidelines for Americans, which includes limiting sugar intake.

"Governments should be adopting a wide variety of policies aimed at reducing soda consumption and soda-related diseases like obesity," stated Jim O'Hara, the health promotion policy director of

And it is not just the United States where people are asking for adjusted regulations. Earlier this week, Stuff.co.uk reported that the New Zealand Dental Association is also encouraging government officials to add a health warning label on sugary beverages. According to the source, New Zealand ranks third for child obesity and those children get sugar primarily from soda products. Rob Beaglehole, a dentist and representative of the association, said the organization plans on focusing on sugar-sweetened drinks because they are a top contributor to health issues in children.

However, as with the U.S., label advocates in New Zealand are also receiving some pushback. The report revealed that the New Zealand Beverage Council argued these labels are not necessary and that they would only cause unneeded concern in consumers. Furthermore, the organization's executive director indicated such labeling would be unfair because it does not address the issues linked to other ingredients.

Informing Consumers  Although there are a number of ways in which these warnings could be ineffective, a government policy would likely be a positive starting point. People want to know what is in the products they purchase. It is the responsibility of both federal regulators and food companies to facilitate better labeling practices. Enforcing stricter rules for mandatory packaging can help give shoppers the information they need to make smarter choices.