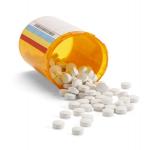 There have been a lot of issues pertaining to health-related claims made on product labeling. Many consumers have argued that companies, thanks, in part, to loose regulation policies, are able to limit the amount of information they include on packaging to shoppers, which impacts their ability to make informed decisions. Some have said that the lack of transparency is resulting in people purchasing products that actually have the opposite effect of what they hope for when they buy them. By urging companies and policymakers to improve their labeling laws and guidelines, people hope that they will be better educated and able to make smarter choices.

Many insist that food and beverage labels should accurately reflect the health risks the ingredients pose. For example, efforts have been made to make it a requirement for soda and sugary drink makers to use a label warning about the hazards consuming excessive amounts of sugar can have, such as diabetes and obesity. And now this concept is being applied to medications as well.

Earlier this week, the United States Food and Drug Administration announced that it would be enforcing safety labeling changes on opioid painkiller drugs. Included on these labels will be a warning statement regarding the possible health risks using the substances could inflict, such as the potential for abuse or overdose.

Enforcing the boxed warning label, which is the most severe of its kind, is part of a broader effort the FDA is taking to help reduce the epidemic levels of opioid addictions that have been increasing over the past 10 years. In its announcement, the agency explained that by creating safer and stricter labeling policies that indicate the harmful effects of these prescription drugs, it could help mitigate the risk of abuse and fatalities. In addition, the hope is to improve prescribers' understanding of the risks and encourage them to be more proactive in seeking alternative solutions for pain management when possible.

The updated labeling will also include information warning against the potential side effects of opioids interacting with other drugs and the severe complications that can incur as a result, such as serotonin syndrome, adrenal insufficiency and androgen deficiency.

Many have long argued that Western doctors are much too quick to prescribe a pill unnecessarily. The New York Times reported that Congress has condemned the FDA for being too quick to approve new opioid drugs and, as a result, contributing to the epidemic of painkiller abuse. The source also noted that drug-related overdoses account for more deaths in the U.S. than car accidents.

In an email to the NYT, Senator Ed Markey said that "it has taken the FDA far too long to address the grave risks of these drugs that have claimed the lives of thousands this year alone" and that it has "done little to prevent prescription drug opioid addiction." He also added that the most recent safety labeling decisions "will finally reflect what we have known about these drugs for decades: They are dangerous and addictive and can lead to dependency."

Although the updated labels say that the opioid drugs should only be used when there are no alternative forms of treatment, it does not provide doctors with an upper dose or limit on use duration which, Physicians for Responsible Opioid Prescribing Executive Director Dr. Andrew Kolodny told the source, would likely limit the impact the label has.

As people become more aware of the growing epidemic of drug addiction and the harmful effects that can result from substance abuse, there has been an increasing desire among consumers to turn to more holistic forms of medicine. The impact the FDA's labeling changes will have on the drugmaker market, as well as the medical community as a whole, remains unclear. Ultimately, the label can only work as an education tool, rather than exercise control over how, when and by whom the drugs are used.

However, given the amount of media buzz the issue has received, it is probable that more people will start looking for safer, alternative forms of medication and treatment, such as nutraceutical products.