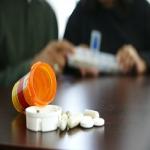 The U.S. Food and Drug Administration has recently heard from physicians and others on the need for stronger warning language on opioid medication bottle labels. As it turns out, the FDA heard the call to action after it announced new labeling standards for a common opioid designed to ward off abuse of the drug.

The FDA said it had approved new labeling policies for reformulated OxyContin, a new version of the drug that has a different formula than the original. The agency said the new bottle labels clearly alert users to the fact the new product features chemical properties that make it harder to abuse through injecting and snorting the drug.

The agency said that by highlighting the abuse-deterrent properties of the retooled formula, the new labels will help prevent some users from taking advantage of the drug. The FDA said the new OxyContin tablet is harder to crush, break or dissolve, and also forms a viscous hydrogel, making it more difficult to inject or snort.