This entry was posted on November 09, 2014 by Lightning Labels . 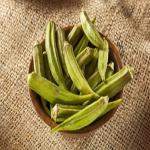 Manufacturers Selling Goods in Some States May Need to Update Their Custom Labels
Manufacturers of food and drink items that use genetically modified organisms may soon need to update their custom labels if they sell goods in Oregon and Colorado. Voters in these two states will soon get to decide whether these brands must reveal whether these modified ingredients are used in their products, The Wall Street Journal reported.

Some of the commonly sold goods that may contain GMOs include corn, sugar beets and soybeans. These products are often altered to improve their resistance to pesticides, which allows farmers to ensure pests and insects do not wind up consuming and ruining the crop before it is ready for harvest. However, in recent years, people have grown more concerned with what is used in their products, which has led to an interest in GMO labeling.

As of right now, the Food & Drug Administration does not require labels for foods that use modified ingredients. However, Proposition 92 in Oregon and Proposition 105 in Colorado would change that, requiring farmers and other food producers to make specific note of whether GMOs were used in the making of particular products. If successful, Oregon and Colorado would join Vermont as states that require GMO labeling.

"This is really an age-old tension between companies that want to tell you the story about their products and the government, exercising its authority, telling you what's in the box," said Scott Faber, head of lobbying at the Environmental Working Group, which supports a national-labeling requirement.

Making Label Changes if Necessary
It should be noted that other states have rejected similar bills. Reuters reported in May, for example, that California lawmakers shot down a GMO bill.

Still, if it does pass, it is crucial that manufacturers selling products in those states update their labels to avoid any complications.