Grocery Giants Get on Board with Expiration Date Labels

Grocery Giants Get on Board with Expiration Date Labels 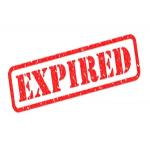 If you produce food or beverage products, you likely employ expiration date labels to tell when customers how long the items stay at maximum freshness. However, the way you present expiration dates may be very different from other organizations that sell that type of product - at least for now. Out of concern that unclear and inconsistent expiration date labeling is causing food waste, industry groups have launched efforts to standardize these dates.

When this story was last in the news, the U.S. Department of Agriculture was promoting a new approach which would center the whole industry around a "best if used by" label instead of the divergent phrases currently in use. Now, more than a month has passed, and major organizations seem poised to take the USDA up on its suggestion.

According to Produce Grower, the Food Marketing Institute and the Grocery Manufacturers Association are spearheading a voluntary program under which food producers will employ "best if used by" labels in all cases except when an item becomes dangerous after a certain date. In those rare cases, there will be a "use by" label, containing a date when the item in question should be discarded. The groups hope to have the new wording in place by mid-2018, which means companies should start implementing expiration date labels in production as soon as possible.

The GMA and FMI are touting positive industry reactions to their move, according to Produce Grower. Frank Yiannis, Wal-Mart's vice president of food safety and health, issued a supportive statement, as did Dean Foods Vice President of Quality Jack Jeffers. These executives praised the simplicity of having a united expiration date labeling system, as well as the potential to prevent food waste that such a standard might bring about - consumers who are less confused about whether food has gone bad will be less likely to throw away items that are still usable, as the theory goes.

The two organizations pointed out that there are currently over 10 ways to give a freshness date. This overabundance of information is sure to confuse at least some consumers.

Looking back at the FDA announcement

Though the FMI and GMA describe their program as voluntary, it takes many of its cues from the FDA suggestions. In December, Food Processing reported on the FDA's guidance regarding the "best if used by" label. The agency did note that there are no actual regulations about how to label food expiration. There is one type of package where such labels are mandatory - infant formula does currently have laws regarding use by dates.

Food Processing noted that testing and thought went into the selection of the words "best if used by." Rather than being a mandatory choice from among the many styles of expiration dates in use, the phrase was picked because it was found to be the least likely to lead to food waste. The word "best" shows that its a marker of quality rather than safety, and "used by" eliminates ambiguity about the fact it is aimed at consumers rather than retailers.

The announcement of the FSI and GMA standard has given a sense of urgency to the shift to a new labeling style. With the organizations stating that producers should switch things up as soon as possible, it's a clear indication that you should make sure your very next batch of product labels has the new phrasing. Working with a reliable and fast label provider such as Lightning Labels makes such changes of direction not just possible but simple. Low minimum order sizes ensure that even if you produce niche items, you don't need large quantities of outdated labels lying around. Quick shifts in style become achievable.