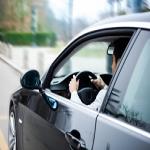 Hawaii Experiences Problems with Customized Stickers for Safety In November 2013 Hawaii unrolled a new automobile inspection program that replaced paper-based processes with information technology and new customized stickers. Under the new system, gas stations and mechanics now deal with custom stickers printing themselves rather than using pre-printed decals. However, the state's new vehicle safety program may be flawed because numbers can easily be changed. Unfortunately, the ink on the new stickers can be removed in just a few seconds using rubbing alcohol or nail polish remover, Hawaii News Now demonstrated. The ink was taken off in roughly seven seconds.

Roll Stickers Printed By Mechanics Can Be Easily Altered The roll stickers include a Vehicle Identification Number that could potentially be used to steal cars, reported West Hawaii Today. According to Kalihi mechanic George Nitta, car thieves could use the number to have a locksmith make a new set of keys. In addition, it's easy to change inspection dates by removing the old text and replacing it with a permanent marker. State Department of Transportation spokeswoman Caroline Sluyter said the stickers have the VIN number and license plate number to protect against fraud. The idea behind including this data is to deter theft rather than facilitate it.