I Scream, You Scream, We All Scream For … GMO Food Labels?

I Scream, You Scream, We All Scream For … GMO Food Labels?

This entry was posted on February 02, 2013 by Lightning Labels . 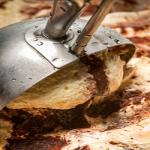 There has been some pushback from food producers on the subject of GMO food labels. Several businesses maintain genetically engineered compounds found in food represent no harm to consumers, and labeling products as containing GMO aspects would incite false panic.

However, Ben and Jerry's recently broke from that notion and came out in support of GMO labeling. The Vermont-based business partnered with GMO food label advocates to champion a right-to-know labeling initiative in the state, which is one of several to consider legal action on GMO labeling.

Parent Company Spent Big To Defeat GMO Food Labels The move by Ben and Jerry's to lend support to the GMO food labels debate comes at a curious time for the company. The forerunner of the recent GMO labeling issue was Proposition 37 in California, which was a ballot initiative in the November election that would have required GMO labels for all qualifying products.

The food industry spent millions of dollars to defeat the proposition and succeeded. Interestingly enough, Ben and Jerry's parent company Unilever contributed nearly $500,000 to the opposition's effort. Ben and Jerry's has refrained from publicly challenging Unilever, instead focusing on its own perspective, but the disparity could cause a potential rift between the two.