This entry was posted on August 6, 2013 by Lightning Labels. 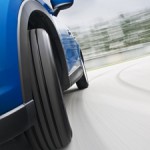 Municipal decision-makers in Des Plaines, Ill., located roughly 20 miles southwest of Chicago, are debating the effectiveness of the city's car sticker program. These stickers must be purchased for all vehicles registered or stored in the city.

According to The Chicago Tribune, vehicle sticker sales decreased an average annual rate of 1.2 percent between 2008 and 2012, and the average revenue generated through the initiative dropped 5.1 percent.

"I question whether this program is a good idea at all," Ald. Jim Brookman said at a Des Plaines Finance and Administration Committee meeting, the newspaper reported.

Stickers for Cars May Get Overhaul Stickers for cars cost $30 if purchased by June 30 for the following year. Late fees and fines can bring that price tag up to $305, the Tribune explained.

Wisniewski stated the program's current fee brackets are quite complicated and could be simplified to make the initiative more effective. Others have suggested ditching the vehicle sticker protocol and opting instead for more advanced solutions that would involve license plate scanners.