This entry was posted on February 20, 2013 by Lightning Labels . 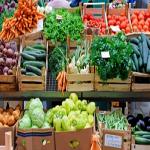 Australian residents are up in arms over confusing food labels. According to ABC Radio Australia, imported frozen vegetables from New Zealand are actually originally produced in China, where vegetables are grown under conditions that would not otherwise be acceptable in Australia. The vegetables are frozen and packaged in China, then shipped to New Zealand where they are repackaged, refrozen and re-labeled, claiming to be locally grown by Kiwis.

Australians Want New Food Labels for Packaged Food In a bid to promote better labeling practices among produce-growers, proposed Australian legislation would require businesses to clearly list the country of origin on food labels. The Australian Food and Grocery Council says the bill could drive up production and manufacturing costs in Australia for food-makers and consumers, but Australian consumers say they want to have the right to choose, added the source.

Senator Christine Milne said manufacturers are abusing their labeling power by promoting label claims even if they aren't true. The senator went on to add that although inaccurate labels are a factor in consumer choices, product cost is what will ultimately drive what is purchased, and not the label itself.