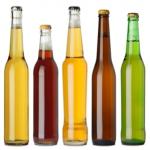 Brewing Companies Increasing Nutritional Transparency There have been many transformations taking place throughout the food and beverage industry over the past few years, with much of these transitions being fueled by changes to product labeling. And while some of them have been enforced by the United States Food and Drug Administration, such as the recent update to the Nutrition Facts label or mandatory GMO disclosure, other shifts have stemmed from growing demands and expectations of consumers.

It's no secret that shoppers have started to become generally more conscious about their health and, in turn, have increased their instance on food and beverage companies being more transparent with product labeling. People want to know what is in the items they purchase and consume, including the ingredients, nutritional value and where it was sourced from.

And it seems the latest sector initiating adjustments in favor of these demands comes from the alcoholic beverage industry. This week, Fox News reported that The Beer Institute, a trade group representing major brewers, including MillerCoors and Anheuser-Busch, announced that, by 2020, it will begin encouraging its members to offer customers more information about their products via the packages, labels and company websites. More specifically, the details that are being sought to disclose include the list of ingredients used in the beverages and when the drinks were brewed. Additionally, the organization is pushing the beer brands to print a scannable code on the bottle labels that, when scanned with a smartphone, will allow shoppers to read more about the items.

Fox News also added that other industry groups, including Constellation Brands Beer Division, Craft Brew Alliance, North American Breweries and HeinekenUSA are all supporting the guidance. Members of The Beer Institute currently account for over 80 percent of total beer purchased in America.

The intent driving this decision is similar to that seen in other labeling changes this year: Confusion and misinterpretation of the real nutritional value contained in certain food or beverage items.

"Brewers are allowed to artificially color, flavor, sweeten and preserve their products, as well as use foam enhancers," Center for Science in the Public Interest President Michael Jacobson said, according to the source. "If the industry takes pride in its ingredients, it should list them on labels and not simply on the web."

Beer Brands: Battle Over Labeling Initiatives In its press release, The Beer Institute explained that this initiative will make it so brewers voluntarily include nutrition-related information, as well as any other details that might be helpful to the consumer, such as:

The institute's president said that this decision is one he hopes will "empower the consumer" when trying to make choices about beer. Furthermore, the organization referenced a survey that found more than 70 percent of people who drink beer agree that reading nutritional labels is essential.

But would including this health-related information on beer labels be beneficial for everyone? As Fox News pointed out, smaller companies may be hurt by this because they do not have as many resources to determine where the ingredients come from, plus they often sell different products depending on the season, which means what is included in each can vary.

In addition, if it does eventually become mandatory for brewers - of all sizes - to create beer labels that include nutritional information, this may end up putting the microbrewers at an extreme disadvantage. And while this policy would mean more details and transparency for consumers, it could also mean fewer beer options to choose from.