This entry was posted on February 2, 2013 by Lightning Labels. 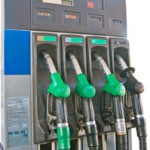 Fuel labels are important information resources for consumers. The last thing a motorist wants to do is fill up on the wrong type of gas, which could potentially wreck a vehicle. That's exactly what the South Dakota House of Representatives had in mind after it recently approved a measure requiring warning labels for a type of gas.

A bill allowing the sale of 85-octane gasoline in western South Dakota was put on the fast track through a legislative committee and was eventually approved.

The new legislation would permanently allow the sale of the low-octane fuel in the nine counties while mandating the fuel choice display a label saying: "May not be suitable for all engines. Refer to owner's manual before fueling." The 85-octane fuel would also be renamed as "regular unleaded."

Octane is used as a measure for fuel performance, and the higher the number, the better the fuel quality. Most cars use octane with a ranking of 87, but 85 has been used for driving in high-altitude regions.