This entry was posted on March 12, 2013 by Lightning Labels. 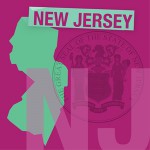 Legislation supporting GMO custom food labels has spread like wildfire across the country. After California voters nixed a proposition that would require such labels on genetically engineered foods, a breadth of states have considered like-minded legislation, most recently, New Jersey, which became the latest state to consider legally required GMO labels.

The plan to require GMO labels was recently brought to prominence in the state after Sen. Robert Singer and Assemblywoman Linda Stender crossed party lines to introduce S-1367 to the New Jersey Legislature. The legislation would require any product with genetically modified components for sale in the state to have a label that denotes such information in a way that "is conspicuous and easily understandable to consumers."

Violations Of Food Product Labels Act Punishable
The legislation also included language that stipulated any business that does not include GMO food product labels or misbrands the product to circumvent the legislation in any way may be held accountable. Damages and recompense from the offender may be sought through the law.

However, the legislation has both its supporters and opponents, and Singer cautioned it may take some time for the law to be approved and enacted, according to The New Jersey Spotlight.

"Every journey starts out slow," Singer said. "This is a journey that is going to take some time. We have to get it right, but this is a legitimate concern."