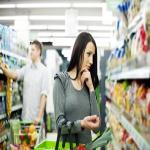 The Numbers Problem
Product labels on foods are supposed to make things easier for consumers, but they can sometimes end up doing just the opposite. According to Neha Khandpur of the Harvard T.H. Chan School of Public Health's Department of Nutrition, studies have indicated that the numbers and percentages prevalent on many food stickers and labels tend to confuse consumers, which may result in shoppers making unwise product and portion selections.

"If we can come up with strategies to improve consumers' ability to understand the labels' content, it will mean that a huge segment of the society that previously was not able to access that information will now understand it and, we hope, make healthier food choices for themselves," said Khandpur, as quoted on the School of Public Health's website.

Khandpur and her research partner, Christina Roberto of the Psychology of Eating and Consumer Health Lab, are researching ways to better inform shoppers as part of the United States Food and Drug Administration's upcoming nutrition label format revamp. The new labels are still being designed, but they may include a qualitative approach that categorizes the levels of particular nutrients as high, medium or low. Another tactic could include using units of measurement that are more accessible for consumers, such as teaspoons rather than grams.

The Phrasing Problem
Of course, numbers are only part of the confusion. There's also the issue of terms like "low-fat" and "sugar-free," what they actually mean, what qualifies companies to use them and whether their true definitions match what consumers infer when browsing store shelves. As CBS pointed out, "low-fat" and "sugar-free" are both federally regulated claims. The former means a product contains less than 3 grams of fat per serving, while the latter means an item has under 0.5 grams of sugar per serving and does not contain any sugars as an ingredient. However, other buzz phrases that aren't federally regulated may sound good but mean very little. CBS' Mitch Lipka examined a few such claims, including:

The Formatting Problem
Ingredient lists and nutrition panels can get lengthy, which is where the importance of proper formatting and high-resolution printing comes in. Lightning Labels' professional-quality custom labels and stickers make it easy to include all necessary information in small but legible text, providing consumers with everything they need to know while still leaving room for the design elements that will likely attract shoppers to the product in the first place.