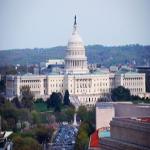 New Mandatory Labeling Legislation for GMO Products In news that was widely expected but only recently made official, President Obama has signed a bill making it mandatory for food companies to include on product labels the use of GMO ingredients, Deutsche Welle reported. Regulators will be given two years to establish new policies and standards for manufacturers to abide by. The source added that this law requiring GMO labeling makes it so food packages must include text, an image or a digital code that informs shoppers whether or not the product contains genetically modified organisms.

At the beginning of July, Vermont officially became the first U.S. state to mandate the use of GMO labeling, leading to many food manufacturers having to adjust operations to ensure business continuity and compliance. According to the source, the United States Department of Agriculture will have to develop new rules for GMO labeling that will take precedence over Vermont's latest governance. As of right now, Vermont makes it so products containing GMO ingredients must have "produced with genetic engineering" on the label. But some, including Vermont Senator Bernie Sanders, argue that the national legislation will provide more flexibility and leniency than the state-mandate does.

"The legislation that passed is an outrage and speaks to the power of big money in American politics," Sanders said, according to Deutsche Welle.

Consumer Controversy Over GMO Label Details In an article for Fortune, Michal Addady pointed out that the reason many consumers and labeling advocates are referring to the recent bill as "the DARK Act," which stands for Denying Americans the Right to Know, is because they feel that, by permitting the use of QR codes and phone numbers to call on the product labels, food companies are essentially able to cut corners when it comes to labeling transparency. For example, making GMO-related information accessible only through scannable technology and smartphone devices, rather than printing it directly on the label, limits the knowledge to higher-income consumer groups.

Furthermore, The Consumerist's Chris Moran recently revealed potential loopholes in the bill that food manufacturers could use to their advantage, which the FDA reportedly warned of. For example, the phrasing of the law pertains to products that have "genetic material," which, the source suggested, could excuse certain ingredients such as purified proteins, starches and oils.

Adding to the controversy have been debates about whether GMOs are a hazard to our health. While the U.S. Food and Drug Administration has argued that they are entirely safe, others have insisted they pose a risk. Regardless of where they stand on these issues, though, brands have little argument to defend against the rising demand for more honesty and information from consumers when it comes to their food product labeling and packaging. And this latest bill is going to affect the majority of companies since, according to Fortune, GMOs can be found in most, or about 75 percent to 80 percent, of food products.

Food Companies Preparing for Product Label Changes Although it will likely be a couple years before food companies must abide by federal legislation about GMO products, it would be wise for sellers to start taking the proposed changes of the bill into consideration when creating custom labels. The demand for more information and traceability is only going to increase, so the sooner businesses begin to adjust processes for packaging and labeling items in accordance with the new rules, the better off they will be in the long run.

Some brands may choose to include the QR code or link to a website where consumers can find additional information regarding GMO ingredients. However, given the direction the industry is currently taking, it will probably only be a matter of time before more shoppers and regulation agencies encourage companies to print the information directly on the product labels.