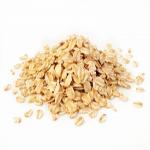 Legal Action Taken Against False Advertising Labels It seems that every week another big-name brand is falling under fire for misleading or deceiving consumers into thinking its products are safer or healthier than they actually are.

This week, EcoWatch reported that Quaker Oats Company, a brand of PepsiCo Inc., is facing a class action lawsuit accusing it of false advertisement through its use of "100 Percent Natural" label. The suit, which was brought upon the food-maker by consumers across multiple states, including California and New York, explained the complaint that this claim is not true since the oatmeal contains glyphosate, a synthetic biocide used to kill weeds.

How would this substance end up on in the packaged food? EcoWatch reported that the plaintiffs argued that "it is sprayed on the oats as a drying agent shortly before harvest." The source added that, last year, the World Health Organization's International Agency for Research on Cancer tagged this ingredient as a possible carcinogen.

The official complaint, EcoWatch said, indicated that Quaker Oats used the natural label in hopes of attracting health-conscious consumers looking to purchase packaged foods that are free from harmful substances. The source also added that, according to Bloomberg, over a decade ago, Quaker became the first food-maker that the United States Food and Drug Administration permitted to indicate that it offered a healthy product.

Quaker Responds to Claims of Pesticides in its Products Quaker Oats issued a statement to The New York Times stating that if glyphosate trances are found in its products, it is not because the company uses it in it method of milling, but the food-maker implied it could have been used by farmers beforehand. Still, the brand said it cleanses its oats and that "Any levels of glyphosate that may remain are trace amounts and significantly below any limits which have been set by the E.P.A. as safe for human consumption."

The consumers who filed the the lawsuit made it clear that their problem is not with how the company makes the food but, rather, how its labels can mislead customers into thinking the product is completely free of any artificial or synthetic ingredients - and certainly pesticides.

The NYT also revealed that Richman Law Group, the lawyers representing the plaintiffs, paid for a testing of the oats that showed a 1.18 parts per million level of glyphosate was present in a sample of a Quaker Oats product - an amount deemed safe by the U.S. Environmental Protection Agency.

Implementing Safe Labeling Practices When designing custom labels and stickers for products, it is critical that sellers take into account the powerful influence packaging can have over shoppers. The number of lawsuits that have been filed against food companies regarding product packaging and labeling is a nod toward how much consumers depend on them to provide accurate information.

Sellers that try to use their labels as a way to market toward target audiences, without being entirely honest or transparent, can suffer severe consequences including, but not limited to, court fees, regulation fines, loss of sales and reputation damage.